For Ludum Dare 41, the theme really got my team's designer sense tingling. It was a difficult challenge, to design a game that combines two things that are incompatible, but we took this challenge with confidence!

Originally the game didn't have separated aim and movement. The sword would point in the direction you were moving. When we had some peers test it around the morning of the second day, they said it felt bad. So, we changed it. It's hard to prove, but the controls feel so much better than they did with our original control scheme, even though they still aren't great.

The controls can and do feel unresponsive at times. So we tweaked and we tweaked, but the ways we were handling it on the most basic level were creating the problems. We'd have had to rewrite the entire aiming and attacking code, so we opted to just ship as is. The game controls especially poorly on a mouse and keyboard setup, which was our original intended control setup.

The reason the mouse aim is so twitchy is because it's using mouse axis as a replacement to controller axis for aiming. This means that it's not pointing towards the mouse point but rather the direction the mouse moved in last. This is why showing the cursor isn't an easy fix for the mouse aim.

You may have noticed that the game is actually fully 3D and not 2D. This was done mostly to allow us to use Navmesh to implement our AI. It came with it's own disadvantages though, and hitboxes are one of them.

The awkward perspective mixed with the fact that the assets are actually 3D lead to some seemingly weird bounds for the hitboxes. It's something that's pretty easy to fix, but we hadn't really noticed until after we shipped.

A lot of people have told me the attacking feels inaccurate, and to them, I say: you are absolutely correct. This is because the hitbox that's cast when you attack was, until hours before launch, for a horizontal slash attack. We opted to change to a stab motion very late in development, and when the hitboxes got changed to reflect that they broke everything for reasons still unknown to us.

I panic rolled it back to the old one since there was not time left to fix it and ended up releasing it as is.

Our design goal for Super Slime Slasher Ultra was to seamlessly combine the two incompatible genres. The goal was to make the match 3 mechanics feel natural in the action gameplay.

To do this, we tore apart what the defining traits of each genre were and took the best from both to make our design.

Here's what we decided we needed to include from both genres.

By taking all these elements from the two genres, we managed to make the game you see today. Slimes run around like traditional action enemies with various subtle AI behaviors, and attack you when you collide with them. The fail state of the game is also dying from being attacked by slimes, as it would be in an action game. The match 3 mechanics are more subtle, requiring the player to kill 3 or more of the same slime color in a row to earn points. Killing slimes still plays like action, but in order to get points you need to think about the game like a match 3 game.

Apart from a few minor bugs and technical issues, the game ended up very polished. We set out to make a small, polished game instead of an ambitiously large unpolished one, and I think that decision paid off. The animations, voice acting, sounds and music make for a much more complete feeling experience than what most jam games tend to achieve.

I think the tutorial was also a good touch for polish points. Tutorials in jam games really make the game feel more finished, which is why we really pushed to put it in ours.

A small game with more polish shows and (usually) plays better than a large game with less polish.

This is a bit more theme specific, but a lot of the games used two incompatible genres as the friction in their designs. Putting two games into one that you play at the same time is a fun idea, but it's really hard to pull off in practice. Avoiding this by combining the genres in a way that makes them work well together creates a more fun and playable experience.

Thank you all for playing Super Slime Slasher Ultra. I can't wait to see you next Ludum Dare! 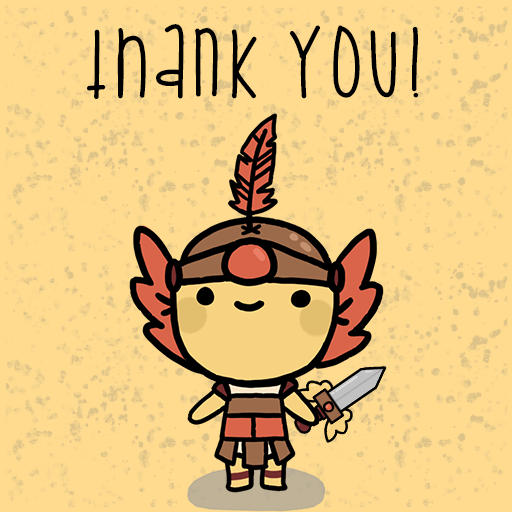