A downloadable game for Windows and Linux

Four friends are lost on a dark road at night.

Bad things happen to those that are lost here.

Only through sacrifice will they survive the night. 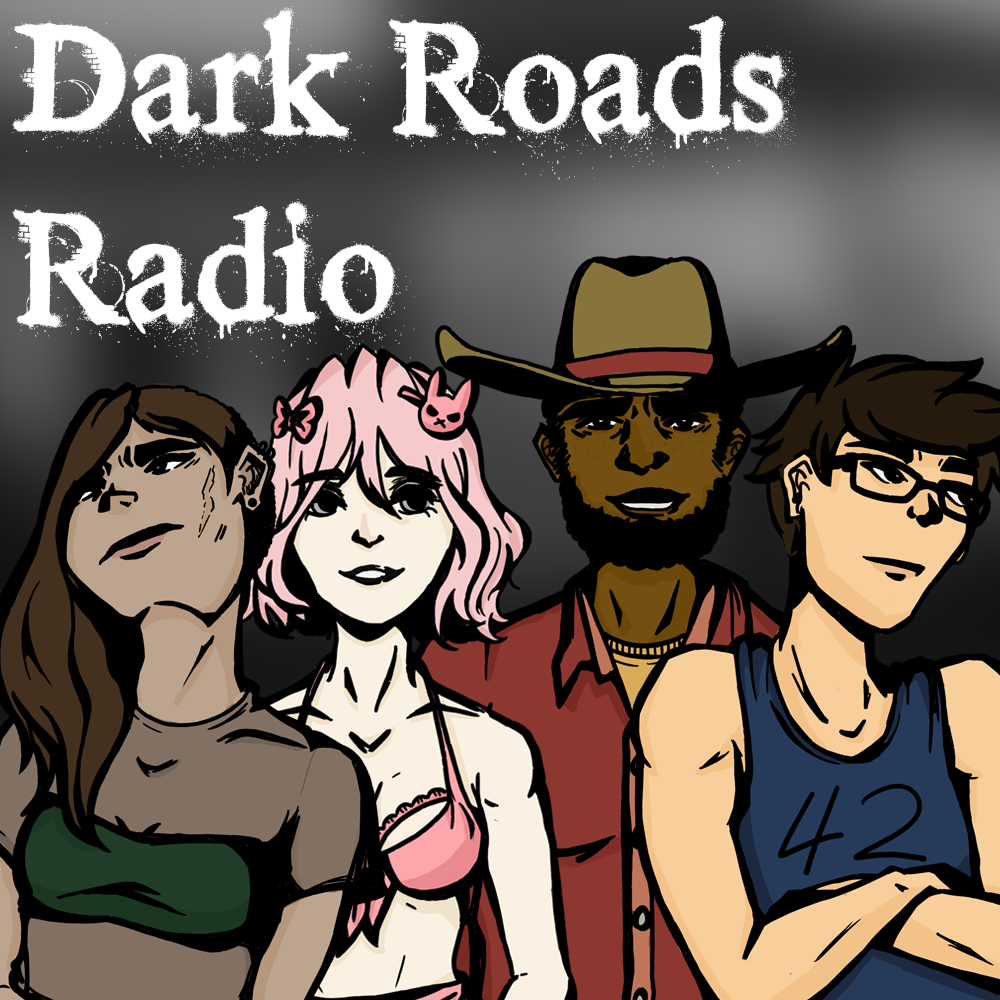 Dark Roads is best with 4 controllers and players.

I saw this game through one of Bijuu Mike's videos^^ so glad I decided to find and play for myself. Definetly found this game very fun to pass empty time. I see that the other comments are from a few years ago- very much wish I found this game way earlier, hehh.

I think this game deserves more attention, probably kinda underrated even. I love how descriptive the text was and how interesting the characters were- Just made me wanna learn even more about them all, man. I even saw myself getting upset when I make a mistake and one end up missing, haha; I can really see myself getting attached to them lolol. The music, the way the missing friends talk through the radio- it really sets the mood...very much immaculate and pleasing in that department.

Though I reallyreallyreally wish there were more endings and dialouge throughout as events change, since it eventually gets repetitive fast,,,
The feeling that makes me want to know the friends better is strong-
But the game feels like so much was left out. . . though it did made it all that interesting and leaves me wanting to understand all the strange things that happened on the drive. But finishing the game made me feel a little empty after all that, with no understanding of anything behind it.
I dunno- maybe it was intended that the game was supposed to end, short and left the way it is. But major perspective changes happen whether that was intentional or not. Great mysteries like this can be not-so satisfying when you think that it just ends there unanswered, haha.
Though it's much to think about- why the creatures exist in the first place, why don't the friends realize that one of their own is gone, how they can even speak through the radio. . . again, so manyyyy raised questions out of interest that feels off without explanation. SorrythisgotlongerthanIintended-;;;;;
But overall, I absolutely love it, so freakin' enjoyable.  ^^

Glad you enjoyed it! We originally made the game in 72 hours so we didn't have a lot of time to expand upon our narrative. I know I for one would love to revisit the Dark Roads setting again someday but until then, this is what it is.

there is a lot of potantial for this game, but for now the game sucks.  yes there is something uncanny that the friends dont even acknowlage that their friends are missing but when it comes to the end were the only survivor STILL isnt even the least bit worried for their missing friends, makes the game ending realy pointless.  if evrytime a friend died the charecter had something to say about it that would be more intresting maybe add some charecter development along the drive and add the chosing section between the way and you got a compleate game! I know this is a ludum dara and as a ludum dare this game is great but as a game on his own (right now) is a bad game.

Enjoyed this! Neat little concept and good atmosphere, I loved the way the missing friends would talk over the radio! Very creepy!

Please make this claimable so that it is added to collection, thanks!

How do we make it claimable?

Set a price for the game (like $1 USD or any other amount) then provide it at 100% discount.

At that point, the 'paid' game should have an option in the developer settings to make it claimable unless you explicitly disable it.

Ooh I see. I think I'll take a hard pass on that then because I don't want the price to be misleading.